New technology light fidelity (LiFi ) to offer 100 times faster speed than WiFi and scientists have achieved speeds in the lab of up to 224 GB per second. This is equivalent of downloading 18 movies in the blink of an eye. LiFi is a technology that uses light emitting diodes to transmit data wirelessly. 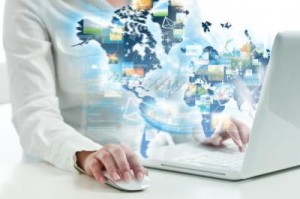 It was first demonstrated at a TED talk in 2011 by German Physicist Herals Haas. LiFi, or light fidelity is the buzz word in tech world achieving speeds of 1 GB per second, 100 times the speed of traditional WiFi. WiFi is achieved by transmitting data through radio waves and it is also estimated that, by 2019 the world will be exchanging roughly 35 quintillion bytes of information each month.