Microsoft and IBM are the emerging cloud business points: Study

A recent report reveals that Microsoft and IBM are considered as most emerging business points in cloud computing. Microsoft cloud business income has jumped to 164 percent in the second quarter, while IBM's surged 86 percent. 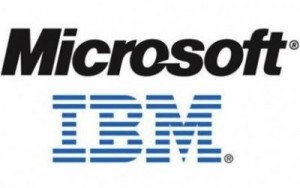 The next place occupied by Amazon with $962 million in cloud revenue, compared with $370 million for Microsoft, and IBM's $259 million. Cloud business is representing the information technology market. Last year IBM is in first place followed by Microsoft.

0 Comments on Microsoft and IBM are the emerging cloud business points: Study