According to the Assocham study, there is a fall in number women employees in 2016 as compared to the previous year. Assocham feels that there is a need to create more jobs and entrepreneurship opportunities to promote women empowerment, making them economically independent. 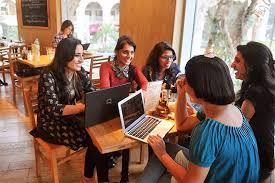 The study mentioned that female labour force participation (FLFP) rate in India has fallen significantly by 10 per cent in the last decade. In terms of FLFP china tops the list with 64 per cent followed by Brazil (59 per cent), the Russian Federation (57 per cent) and South Africa (45 per cent) and India with 27 per cent. The reasons for lower FLFP rate were lack of access to higher education, dearth of opportunities to work and even lack of flexibility in working condition.