Kalnirnay 2018vis an annual calendar published by Sumangal Publishing Private Limited located in Mumbai. Kalnirnay is a calmanac (calendar + almanac) that contains detailspanchangam, festivals, holidays, sunrise &sunset, and auspicious days of the current year. In Marathi, kalnirnay means timely decision and it is first published in the year 1973 which is a hand-printed version sold to ten thousand Marathi subscribers. Later, this became one of the gross selling publications with 19 million copies sold per annum around the world. Kalnirnay has its own website launched in 1998 and now it has its own trending mobile app e-kalnirnay. 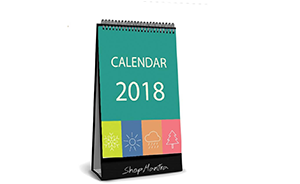 Kalrnirnay 2018pdf can be downloaded by visiting its official website having different versions of thecalendar in 9 languages – Hindi, English, Tamil, Telugu, Malayalam, Kannada, Gujarati, Marathi, and Punjabi. Among these versions, Marathi version is the popular version with highest selling rate.

2018 calendar kalnirnay is available online and also made simpler to use on the mobile phones withAndroid, Mac ios by the installation of the app “E-Kalnirnay”. To get these calendars, the subscription is necessary. Kalnirnay is the first premier almanac calendar published in India along with other services like monthly horoscopes, forecast etc.