Joining delay: Amazon, Paytm keen on hiring graduates who got offers from Flipkart

The students who got offers from Flipkart are looking for other options as most don't want to wait until December. E-commerce companies such as Amazon, Paytm among companies that are keen on hiring the B-school graduates who were offered jobs by Flipkart but were later told to wait until December to join and not in June as was promised. Flipkart stands at same of not shortening the deferment period or increasing compensation for the students as sought by the institutes. 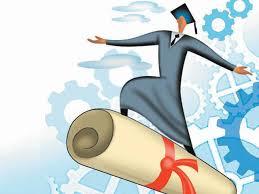 Many students who got offers from Flipkart are looking for other options as most don't want to wait until December. American ecommerce major, Amazon is on track with its own campus hiring. They are onboarding people as per plan and are happy to look at these CVs. HR team from Paytm took the opportunity to review the candidates who may have received deferred joining dates and are keen to join Paytm. This year Paytm hired nearly 25 students each and most of its campus hires from IIM, XLRI and Indian School of Business have already joined. Still they have open positions for another 40-50 people across commerce, events, bank, etc who can join as soon as August beginning, basically one month after selection. IIMs including Ahmedabad, Bangalore, Calcutta and Lucknow are looking for alternative jobs for those who got selected for Flipkart. Flipkart has made offers to 45 students on these four IIM campuses: 18 at Ahmedabad, 11 at Bangalore, nine at Calcutta and seven at Indore. Many of them are actively looking to reach recruiters and have companies contacting us as well. A placement team member at a top IIM mentioned that Flipkart is hoping that the six-month deferral period will lead to some students dropping out on their own. Right now, their focus on trimming costs and containing burn rate is more important to them than reputation management

0 Comments on Joining delay: Amazon, Paytm keen on hiring graduates who got offers from Flipkart