IT hiring may drop by 20% this year: Nasscom

IT industry body NAASCOM predicted that 2016-17 will see drop in hiring percentage .Major IT giants like TCS and Infosys are focusing on more automation, thus hiring lesser number of people. NAASCOM chairman mentioned that the drop in recruitment would not impact the revenue growth which is pegged at 10-11 per cent in the current financial year. 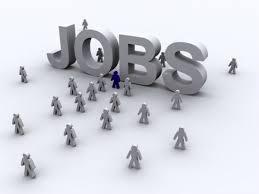 Top five software exporters TCS, Infosys, Wipro, HCL and Cognizant added 24 percent fewer employees due to automation drive. "I think you will see recruitments slowing down compared to last year. I think it will be like 15-20 per cent relatively lesser in headcounts. But it will not impact the revenues. Said NAASCOM chairman.

0 Comments on IT hiring may drop by 20% this year: Nasscom