Indians working in US find their job less stressful: Survey

A recent survey revealed that Indians who are working in USA feel that they are overqualified for their jobs here and find their US workplace to be less stressful than workplaces in India. The survey was conducted among 500 people from India who live in the US and send money home mentioned that the US is the land of opportunity. 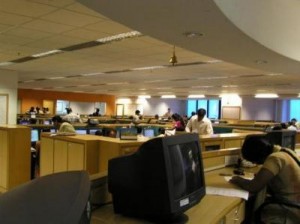 Nearly 83 percent of surveyed people say they have more skills than required by their jobs in the US and 62 per cent describe their workplace in the country as less stressful than the ones they'd experienced in India. The other interesting facts were 64 per cent of respondents say they earn what they expected; around 61 per cent say they work longer hours than anticipated to earn that income, with 60 per cent saying they work more than 40 hours a week.

0 Comments on Indians working in US find their job less stressful: Survey