India to see highest rise in employment in 2016: Survey

According to a survey employment scenario in India is set to move up and the country is expected to see maximum rise in jobs creation. Over 85 percent employees expect their employers hire more and 52 per cent respondents expect employment to grow by over 10 per cent. 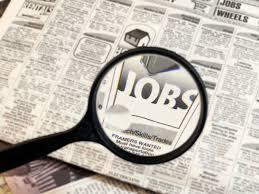 The survey is based on the findings of senior finance and corporate executives from large companies across the globe. Financial executives across the globe expect their companies' headcount to increase by 10 per cent on an average in 2016. The surveyed respondents mentioned that it is difficult to fill positions for IT staff, administration and support staff and offshore or outsourced positions. Over 60 percent of Indian executives expect rise in wages to retain top employees, while 55 percent expect improvement in work environment to retain them.

0 Comments on India to see highest rise in employment in 2016: Survey