India is set to produce the world's largest number of engineers. A recent report mentioned that while just 20% of 16 to 17 year-olds from the UK and 30% from the USA are interested in an engineering career, in India the rate is as high as 80% - the highest in the world. 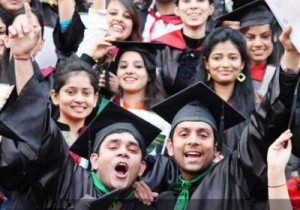 The other interesting fact is that India has closed the gender gap in engineering to an all-time low of 14% in 2015. While 85% Indian men have shown interest in engineering, the number stands at a close 79% among women in India. The study mentioned that 62 percent of women in China are interested in taking up engineering as a career, 55% in Brazil, 48% in Turkey, as low as 35% in US, 33% in Germany, 28% in UK and 27% in Japan.