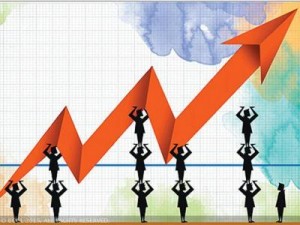 According to the survey of unique fourth generation job portal wisdomjobs.com on the increase in Attrition in various sectors has been revealed some interesting facts. The survey included over 1500 companies across all sectors of India Inc., which 75% of respondents expected positive hiring signs for the FY 2015 over 2014. It was indicated that attrition in 2014 continued at par with 2013 at 18.1 per cent, but key talent attrition in 2014 registered at 5.9 per cent as compared to 4.5% in 2013. Indian IT industry is expected to increase its net hiring by about 6% over last year, adding about 170,000-180,000 employees in 2014-15.Small- and medium-size enterprises (SMEs) are expected to drive hiring with 7-8% growth in headcount. Digital skills that pan across analytics, cloud, mobile and analytics are the key skills in demand by the industry.

The attrition level across sectors is likely to go up to 20% in 2015. Sectors like ITeS, software and IT would lead the way primarily because of high entry level attrition. International economic recovery and market stability will attract large pool of start-ups in the market and the talent pools will move from the existing industry specific organization. The attrition that was almost static at leadership level will see some movement and also increase at mid and lateral levels. Attrition will grow to 15-20% and especially in sectors like IT, ITeS it can go up to 20-25% . Industries like pharmaceuticals, FMCG, aviation, agriculture will have lesser attrition. Sectors like PSU sectors, however, will continue to be the lowest in attrition because of their stronger branding. Automobile OEM's, infrastructure, CRO would also witness less attrition due to lack of industry growth