How to write resignation letter after absconding?

Resignation letter after absconding happens in very rare cases of absconding unlike the usual scenario of absconding after resignation. An employee is said to have absconded if he/she has not appeared for their employment for a very long period without any prior intimation. And the employee can be terminated from his/her services as per the legal clause of the employment contract after taking prior efforts in contacting the absconding employee. If an employee submits resignation after a period of absconding from duties then employer can contact their legal advisor to take the necessary action. 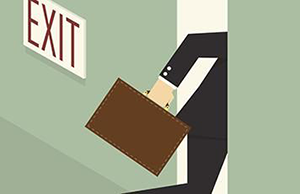 Employee absconding after resignation is to be contacted via all possible means and incase of no response received, a show cause notice will be issued to the provided permanent address and upon hearing no response, the candidates file will be marked closed and no further letters are issued to the supposed person and the absconding employee is black listed and refused for any later employment.

Here is a sample absconding letter that can be referred for your further benefits.

Dear Mr/Ms. XXXX (whoever it may be of concern),

We’ve tried reaching you via all possible way to inform you that you’ve absconded from your duties since -------- (date) without any proper intimation in prior in any way, the duration of which is more than that mentioned in the legal clause of termination section of appointment letter. We’ve considered it as unethical and unprofessional on disciplinary grounds.

We request you to report at the office on or before -------- (date) to avoid any further legal actions.

Name of the concerned authority

Signature of the named authority

In the scenario of the absconding employee failing to respond to the absconding letter a termination letter will be issued and legal action can be taken by the employer incase if the employee carries any of the unauthorized property of the company that can be anything like files, data, laptop etc.

0 Comments on How to write resignation letter after absconding?