How to drop the complaint against an employer in labour court?

Labour court is defined as a judiciary body that deals with labour or employee related issues and disputes. Labour court is an “Industrial Tribunal”, established to resolve disputes or differences among employees and employers and ensures the safety of employees or workmen in an organization or factory under the supervision of Indian Labour Law Article 16 “Equality of Opportunity”. Labour courts protect employee rights and provide immediate relief to the dispute. The main reason behind the establishment Labour court is to investigate and settle industrial disputes in a peaceful way with the aid of machinery provided under the Industrial Disputes Act 1947. 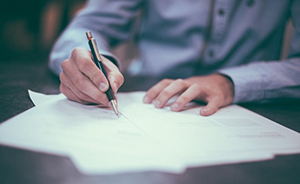 How to file a case in labour court:

How to file a case in labour court is defined as a process of lodging a complaint against the employer or employee by the remaining other. Labour cases are to be filed first in the presence of Labour Commissioner or Deputy Labor Commissioner and these cases should mainly be about employment-related issues and consultation of employment or labour lawyer is required. A workman or an employee can file a case against the employer under conditions such as wrongful terminations, denial of maternity benefits, unpaid salary and workplace harassment. In the same way, the employer can lodge complaints against the employee in case of money laundering and violation of organization/ company policies.

The complaint against the company in labour court is only filed after the failure of the initial process – if the Labour Commissioner or Deputy LC fails to reconcile between employee and employer, then only the case is forwarded to the Labour Court. First, the complainant should consult a Labour lawyer and send a legal notice regarding the issue to the opposite party and wait till their response or completion of the notice period. If, the opposite party rejects the notice or fails to respond then court proceedings will be followed.

Labour court online complaint is designed by the Ministry of Labour & Employment to simplify the complaint filing process and to easily track the status of the filed complaint.

How to file a case in labour court online is a process of filling the details of the issue along with the details of both the parties in a complaint form by visiting the official website.

0 Comments on How to drop the complaint against an employer in labour court?