How to calculate roster points

The reservation for SC, ST and OBC in case of direct contracting throughout India by open competition is given at a rate of 15%, 7.5% and 27%, respectively. In the case of direct contracting throughout India other than by open competition, the reserve for SC, ST and OBC is, respectively, 16.66%, 7.5% and 25.84%. In the case of direct contracting for positions C and D that normally attract candidates from a locality or region, the reserve percentage of SC / ST is generally established in proportion to the population of SC and ST in respective States / UTs. For OBCs, it is established taking into account the proportion of its population in the State / UT in question and that the total reserve for SC / ST / OBC is kept within the 50% limit and the reservation for OBCs remains within the limit of 27% 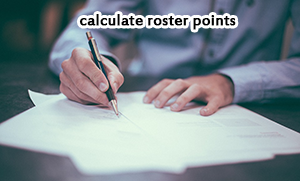 4 Comments on How to calculate roster points

if someone foregoes promotion will he be considered again for promotion.or his chance is lost.