How to calculate overtime?

INDIA - Indian labour law with respect to OT (Central and States) says we should make the payment to the worker / employee @ double the regular rate of normal wages / salaries, the Factories Act of 1948, the Minimum Wages Act of 1948 and the Commercial Establishments Law provide us with a procedure to take OT and calculate OT payments. Section 59 of the Factories Act stipulates that when a worker works in OT, employee will be entitled to a salary equivalent to double his regular rate of payment. In accordance with Rule 25 of the Rules of Minimum Wage (Central), 1950 also states that this is given to the salary. According to the law on minimum wages and rules, we have to divide the wage rate by 26 for calculating 8 hours (one day) of salary. To calculate an hour. We must divide wages by 8 to one day wages. So, if we take OT for one hour, we have to pay twice the salary for one hour. 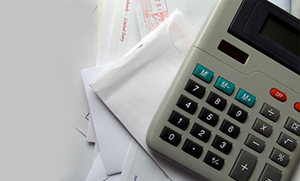 In the case of day labourers, overtime is paid at the

Pieceworktype of employment in which a worker is paid a fixed piece rate, there are still two sets of rules for DOT.

It is calculated @ Basic payment (only) / 200 per hour in the day shift. To work on the night shift, an additional element known as a night shift bonus is also added.

PAYMENTS BASED ON TIME UNDER THE PLANTS LAW OF 1948

For the work done, beyond 9 hours. One day or 48 hours a week, there are two groups of rules:

One for the day worker and the other for the worker by piece.

Day worker: hourly rate of pay that also applies to the day shift

In the night shift, the rate = twice the salary and the allowances / 200 are calculated.

Pieceworker: the rate of payment per hour for the day shift is calculated at the rate = twice

0 Comments on How to calculate overtime?