How to break a bond without paying

How to break bond without paying money

How to break bond without paying money is the general question asked by many employees working in an organization and have signed before joining. The competition in the business world has increased manifold. The corporate houses are spending expenses on imparting training to their workers with the aim to enhance the quality of the goods and services of the corporation. However, we have witnessed many instances where the employees after increasing the knowledge and gaining experience of the industry leave the employer. The increased abrasion rate has forced the organizations to obtain an employment agreement bond with their employees who are found suitable for skill development and training. The agreements and employment bonds between employer and employee where it contains the terms and conditions of employment. The bond contains a clause which needs the employee to serve the organization compulsorily for a certain period of time or else refund the amount specified as bond value. 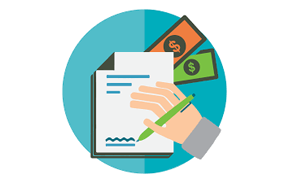 How to break a bond without paying is a question which can be answered if we have a clear understanding of Indian Contract Act. According to Section 27 of the Indian Contract Act, 1872 disallows any agreement in restraint of profession and trade. Any agreement in profession and trade according to Section 27 is invalid. As per the authorization of Section 27, any terms and conditions of an agreement which directly or indirectly forces the employee to serve the organization or places a restriction on them joining the opponent or other employer is not valid under the Indian law, The employee has right to leave from the employment even if he has agreed in the bond to serve the employer for a particular period of time. For an employment agreement bond to be valid under Indian law, it has to prove that it is necessary for the freedom of trade. In the situation where the organization can prove that the employee is joining the opponent to disclose the trade secret then the court may issue an injunction order restricting the employee from joining the opponent.

1 Comments on How to break a bond without paying

I signed for 3years bond with 3lakhs... Now I get the government job.. can I break the bond without any paying money