The upswing in the recruitment activities in the last quarter of 2017 is a clear indication that the Indian job market is recovering. It is also a certain hint that 2018 will be positive on hiring front. Millennials, who are already a major part of the workforce, are leading to the creation of new job profiles and improvisations in the benefits segment. While e-commerce thrived in 2017, stats show that the overall startup industry gave a tough competition to the established market. More foreign companies are investing in Indias fast-expanding infrastructure and renewable energy sectors. Wisdom Jobs surveyed organizations across industrial sectors to understand their hiring outlook. 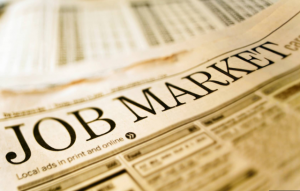 Key findings: About 66% companies did not feel any visible competition or threat from startups, whereas around 34% companies did accept that startups pose a business challenge to them. According to the survey on future hiring, about 55% companies said that hiring could be from the metro cities, followed by Tier I cities, Tier II and III cities. Recruitment space witnessed a variety of trends in 2017 covering aspects such as compensation and benefits, employee retention, creating an employee friendly environment in the workplace, offering flexible working hours and many more.

Most sought after functional areas: Todays pursuit for talent is as competitive as ever, led by a growing skills shortage, advanced technologies, demographic shifts and evolving dynamics around the nature of work. As hiring volumes increased in 2017, it will continue to increase in 2018 too. As per 25% organizations, marketing and advertising would be the second most sought-after functional area. About 12% companies said that the hiring in human resources would rise and nearly 10% claimed that talent demand in the administration function would spike up.

Hiring scenario: Over 60% companies plan to maintain the existing staff rather than increasing or decreasing it at various levels. About 35% companies plan to increase their staff and only 5% organizations are planning to decrease them in the coming time. About 58% recruiters plan to invest up to 10% of budget on the skill development and training of their existing employees. Only 2% employers plan to invest more than 20% of the money in skill development and training of the employees. About 60% believe in up skilling the existing workforce by lateral hiring or training and nearly 40% would hire freshers and offer them the required training.