Hiring in Digital age: Here are 5 new ways in hiring

Employers are now recruiting the employees in new ways. Having a good impressive resume, strong references and sound track record may not enough to get shortlisted for a job interview. Now employers are meeting, assessing and finalizing prospective employees via new ways. Here are some new age selection methods that become popular with recruiters. 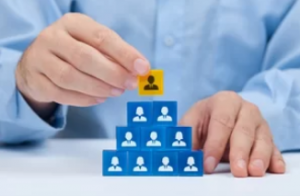 Video interviews: Now, video interviews have become popular way in recruitment. While recruiting they assess the candidates skills based on their public profiles and send them invitation for a video interview. The prospective jobseeker can submit the video profile by describing himself his career present job role and responsibilities. It may impress the recruiters called for next round of interview.

Coding contests: People who have participated in codeathons and hackathons have more chances of promoted easily. Because they have more skills and more chances to improve.

Live projects for screening: Some startup companies are offering live projects instead of doing tasks in interviews. Recently a company offered a set of editorial projects to be completed in a certain period of time and then tested the output among its readers. Based on the output they are promoted for next rounds of interview.

Volunteering: Some electronic manufacturing companies are asking college students to try their new products and promote their products among fellow students. Initially highly performed students are rewarded and later they are considered for ad-hoc positions in the company.

0 Comments on Hiring in Digital age: Here are 5 new ways in hiring