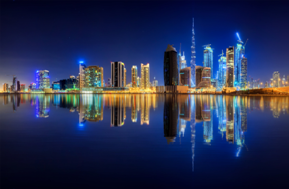 The reasons for jobs and career growth in Dubai:

Job opportunities in Dubai are Fantastic

According to the recent survey, Dubai ranked 11th rank, claiming that Dubai has created many job opportunities. Nearly 28000 emigrants across 159 countries agreed that job opportunities in Dubai are great. Additionally, as per the data collected in 2015 by the Dubai Statistics Centre, it was discovered that the unemployment rate in Dubai was 0.3% which is one of the lowest around the world. The data also revealed that the employment rate for expatriates was 0.19%.

Known as the best performing cities

According to the latest study Dubai was rated as the ‘World’s Best Cities’ 2019 edition revealed the top ten best performing cities in the world. Dubai was ranked 9th, which clarifies that Dubai this list which further justifies why most global job seekers turn to Dubai for their career growth.

You can Improve your Earnings in Dubai

According to the latest report,UAE was ranked in fifth in the Economics league table and 10th in the overall category. Nearly 55% surveyed mentioned that is also one of their reasons for staying in the UAE as compared to 22% of the expats globally. The survey also mentioned that there is a great improvement in the quality of the life in the UAE.

Dubai Is the safest city in the region

The another most important reason issafety in the region and it is a major concern that you will be moving to one of the safest cities in the Middle East.

English is widely spoken in Dubai

Though Arabic is official languagein notonly in Dubai but all over the UAE, English is still one of the most popular languages. Many multi national companies in Dubai prefer professionals who can speak English.