Here are the things employees want in an ideal manager: Study

Recent survey found that trust and respect are most wanted attributes of a good manager while stubbornness makes for a bad boss. The survey was conducted to understand what employees want in an ideal manager. Employee feedback is most important element in assessing a manager's competence. Nearly 40 percent of surveyed employees feel that trust and respect are the primary attributes of an ideal manager. Among them 33 percent voted honesty and transparency as the most wanted attribute of a good manager. Nearly 33 percent responded to the trait they would not want in their manager are stern and stubborn. Other 29 percent felt that they don't want their managers to play favourites. 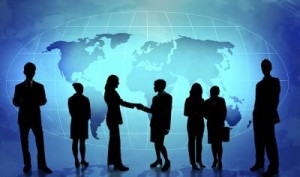 Employees from Tier I and Tier II believe respect is the most important attribute of a good manager and among them 46 percent of employees in Metros says honesty and transparency makes for a good manager. Sector wise findings revealed that, more than half surveyed candidates in IT/telecom and internet/dotcom companies believe that domain knowledge as the most wanted attribute in a good manager. Nearly 25 per cent voted for honesty and transparency and another 25 per cent for trust and respect. Over 95 percent of the surveyed automobile industry employees said they would want their managers to be honest and transparent. Over 90 percent of BFSI, retail and consulting services sectors employees voted for trust and respect as the most wanted attributes of a manager. Gender wise findings says that 44 percent male employees want their managers to have excellent domain knowledge and 33 per cent want them to be trustworthy and respectable towards employees and 23 per cent feel they should be honest and fair. Female employees want to see trust and respect in an ideal manager and 42 percent look for honesty and transparency and 12 per cent thinks empathetic nature makes for a good manager.

0 Comments on Here are the things employees want in an ideal manager: Study