Here are some major shuffles and shifts in leadership positions

Here are some major shuffles and shifts in leadership positions 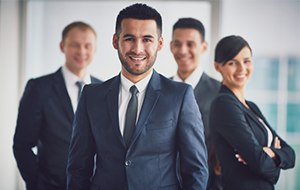 ● Food ordering and delivery platform Swiggy namedMadhavVamsi as their Head of Talent & Culture.

● Standard Chartered Bank, India, announced the appointment of SachinGupte as its new Head of Human Resources.

● AirAsia India CEO Amar Abrolstepped down to be back to parent firm.

● IndraNooyi stepped down as the CEO from PepsiCo.

● Smriti Singh has been appointed as the new Chief Human Resources Officer (CHRO) of Flipkart.

● Infosys has appointed JayeshSanghrajka as the interim chief financial officer of the company.

● Apple appointed AshishChowdhary as its India Head with effect from January 2019.

● James Quincey takes over as Chairman of Coca-Cola

● Zomato CFO Sameer Maheshwary stepped down in less than 6 months

● PrabirJha, President and Global Chief Officer of Cipla stepped down from the company.

● Y K Koo, the CEO & MD Hyundai India has stepped down and will be reporting back to the headquarters in Korea