According to the survey conducted by Wisdomjobs.com found that attrition levels being on the rise across job categories and companies, most employers are at a loss to stop the churn. The fallout this resulted in increase in recruitment costs and loss of revenue to the organization. The top five reasons observed for the attrition levels were noted as below: Salary is by far the leading cause of employee dissatisfaction Limited growth opportunities in a company. Many employees quit in order to get higher education Same role in for many years Disputed with managers. 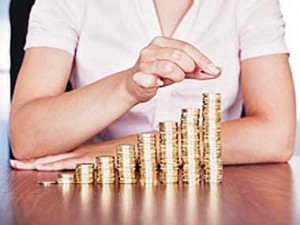 Recent survey found that majority of people spends minimum 2-5 years in their current tenure. The survey results stated that nearly 65 percent respondents have held their current roles for less than five years and 36 percent respondents have held their current roles for less than 2 years. On the flipside, only 12 percent people served for more than 12 years in a single role. Just about a decade back, the percentage of the people who held their tenures for more than ten years was double this number. However, more than 80 percent people delivering short tenures in an organization. Only 12 percent people exceed 12 years experience and it was 25 percent a decade ago. The survey also predicted that this 12 percent may come down as the younger generation gets in to senior roles. About 47% mentioned that upward mobility is the primary reason to change their jobs. The other reasons mentioned are learning a new skill, dabbling into a new industry, adventure of a high-risk high-reward job. Changing jobs or staying less tenure is more in IT sector followed by BPO, ITes, recruitment due to the targets and more stress. Providing work-life balance and rotating job roles may helpful to manage the attrition levels.