According to a research report gross hiring in top companies declined due to lower attrition rates. The report mentioned that attrition rates at Infosys, Wipro, TCS and HCL are at 2-3-year low. Drop in attrition levels are expected to ease wage hike pressures with some lag effect. 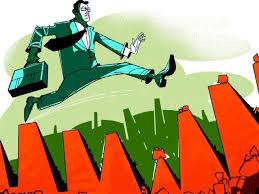 Moreover, lower churn and stable project teams are also expected to facilitate project- level automation and innovation initiatives. Hence, less attrition level leads to reduction in total hiring numbers and shift in favor of campus/freshers; laterals hiring will be calibrated. TCS observed fall of its visa applications in April 2016 as compared to April 2015.