Get inspired with these cricketers to be excel in your job

Cricket is not just a sport but a religion in India. Around the world, there are various cricketers who are an inspiration for the Cricket lovers. These cricketers provide various work-life lessons which can help you make working easier. Here are some unique cricket records which will help you do well at workplace 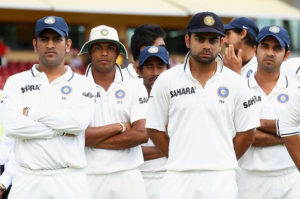 Learn Consistency from Adam Gilchrist: Adam Gilchrist holds the record for playing the most number of Tests straight after debut. He played 96 Test matches between November 5, 1999 and January 24, 2008 without dropping out from any of them.

Learn How to be Leading performer from Virat Kohli: Virat Kohli is the only cricketer in the world to have scored a hat-trick of centuries in his first three Test innings as the captain.

Learn How to Keep Long innings from Sachin Tendulkar: In 1989, along with Sachin Tendulkar, 23 other cricketers made their international debuts. Sachin was the last one to retire among this batch

Learn How to be Silent asset from Saeed Ajmal: Saeed Ajmal has never won a Man of the Match award in any One Day International Cricket, but has been a key asset for his respective team since long.

Learn How to be Fast performer from AB de Villiers: AB de Villiers has the fastest century in ODIs. He scored it against West Indies in 31 balls.

Learn Team work from Indian Cricket Team: The Indian cricket Team holds the record of highest average of runs per wicket. They scored 362/1 vs. Australia with Virat Kohli and Rohit Sharma scoring a century.

Learn How to lead from the front from MS Dhoni: MS Dhoni is the only captain to win all three major ICC limited-over tournaments.

Hashim Amla: Apart from the cricket records, Hashim Amla doesn't wear the jersey which has an alcohol branding. His match fee is deducted because of this. This is his belief for his religion and he follows it very rigorously.