Financial security is the primary concern for employees: Study

Over 66% employees mentioned that financial security as top concern in the case of premature death. The study was conducted by an Insurance company among 2,432 employees and 323 personnel between January and March 2015. The survey results found that nearly 74 percent seek life insurance as a key benefit and 28 percent of employers offer the same to their employers. This is applicable to health care and technology sectors also. Nearly 60 percent of the surveyed candidates were concerned about lack of comfortable lifestyle post-retirement. 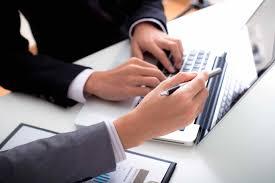 - Among them 59 percent of employees concerned to have enough money to live comfortably post-retirement. Responding on retaining existing employees, over 70 percent feel highly challenged to retain employees and 46 percent expressed their concern that shortage of talent would affect their business in coming 12 months. Sector wise analysis found that over 84 % of IT sector people are more concerned about financial security followed by Banking and finance sector with 69 % and infrastructure sector with 63 % and health sector with 55 percent. Meanwhile more than three-quarters of employees are saving for retirement, the majority still isn't confident in their ability to retire when they want. Majority of employees think it's likely they'll need to use money from their retirement plans for non-retirement expenses.

- More than half of the surveyed candidates consider working a partial retirement (reduced schedule) if their employer offered. Among them only 16% of employees are saving for Health Savings Account (HSA) plan to use the funds for future healthcare costs in retirement. Generation differences for top financial concerns found that gen Y employees appear more concerned about current expenses, whereas Baby Boomers and Gen X employees also frequently cite retiring as one of their top financial concerns. Finally the survey found that majority of each generation predicts that the next generation will be worse off financially.

0 Comments on Financial security is the primary concern for employees: Study