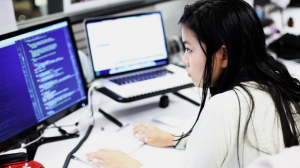 The study also mentioned that young developers prefer old languages like Python, C, C++, Java, and JavaScript which may be learned by many developers within the universities and bootcamps. They prefer old languages when they grab the newer languages to streamline their operations. However women developers are working across all functional skills of tech stack, they're more likely to end up in junior positions relative to men, even when age is taken into account. The report stated that women over 35 are 3.5 times more likely to be in junior positions than men. The fact is that either these women started their career later in life or stuck in junior positions. According to that many tech companies are providing opportunities for career advancement with a variety of programs and initiatives including retooled interviewing processes and listening groups.