Experts suggested that reaching office on time may increase your chances of getting promotion. But employees feel that there was no link between reaching office on time and getting promotion. There will be many reasons for not reaching on time to office. But every professional want to reach office eon time but cannot due to variety of reasons. Reaching late at office looks very bad but it will affect the career growth in that company what will be the perception of employers on late comers

- Or it has no way connection to early reaching and promotion. The survey had conducted with four questions. 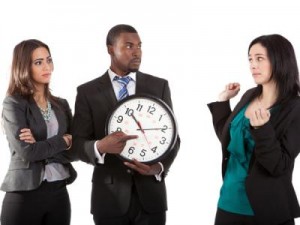 The participants had to choose from four options which included: Reaching office on time helped to impress the boss; It helped in better planning and more productive day; It helped in finishing work on deadlines That it was not counted while promoting employees. The survey found some interesting results that nearly 55 per cent of the surveyed candidates said there was no direct link between reaching office on time and securing a promotion. But it was agreed by surveyed candidates that reaching office on time will help them to complete the tasks on time and better planning and a more productive day, which will have long run effects of winning promotion easily.