ESI calculation is the calculation of employee state insurance, ESI scheme it is a contributory fund facilitates Indian employees to take benefit of self-financing and healthcare insurance fund it is contributed by both the company and the employee. It is a need-based insurance to preserve the interest of the employees in uncertain events. It is organized by Employees’ State Insurance Corporation which is a self- financing social security and labour welfare organization. It regulates ESI scheme as per the rules provided in the Indian ESI Act of 1948. Eligibility for the ESI employee salary must be above 21000 rs. ESI deductions are calculated on employee’s gross salary, gross salary total salary earned by the employee before deductions. ESI scheme has two contribution periods each of six months duration: first starting from 1st April to 30th September and second is from 1st October to 31st March of the year following. The percentage of contribution by the employer is 4.75% of the payable to the individual employee. The employees' contribution is at the rate of 1.75% Employees wage, Employee’s who are getting Rs.15, 000/- gross per month are not covered under ESIC act. The employer needs 20 eligible employees to get registered in ESIC. the salary limit for eligibility is increased from 15000 RS to 21000 RS WET from 1st January 2017. 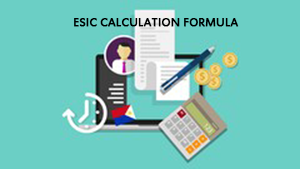