Recent study titled 'Impact of Ecommerce on Employment in India' mentioned that India's e-retail and allied sectors including logistics, warehousing and IT/ITeS are expected to create about 1.45 million direct jobs by 2021. The study was jointly conducted by Snapdeal and KPMG with an objective to highlight how the industry is generating direct and indirect jobs in core and associated industries, creating entrepreneurship opportunities in the deepest pockets of India and how it is influencing the socio-economic fabric of the country for a more balanced development. Logistics and warehousing sector is the largest contributor of jobs creation as it is creating nearly 1 million direct jobs in the industry. E-tailing industry is expected to create 0.4 million high-skilled jobs by 2021, according to the study. 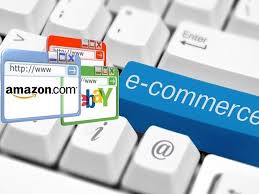 As per the study e-commerce sector in India is estimated to cross USD 103 billion by 2020 and e-tailing is expected to cross 67 per cent (USD 68.8 billion). It was also found that every job created ine-commerce industryis creating another 3-4 jobs in downstream industries. While, online selling is expected to create 10 million jobs by 2020 and projected to grow to 1.3 million by 2020. The interesting fact is that e-commerce reaching remote areas of the co country by creating great socio-economic impact. As per the report nearly 70 percent of online sellers are projected to come from urban areas and towns by 2018-19.

However e-tail has its impact on direct industries and also generating new opportunities towards craftsmen, traditional artisans, merchants, sellers and women. It has been creating socio-economic impact in a considerable way. Besides creating great impact on entrepreneurship and startup culture e-tail sector also build careers for various creative roles like developers, content writers, designers, photographers, etc. The rise in demand for thejobs in e-commercesector attracted employees with exciting career paths, diverse opportunities, and new age jobs. The study also discussed about the role of the government and industry bodies in jobs creation and how e-commerce companies can build more careers by bridging the talent gap. At the end, the report suggested to invest in R&D for technology advancement, improving infrastructure and labour reforms, enhancing skills through vocational training and offering incentives on employment created by startups.