According to the recent survey conducted by ASSOCHAM mentioned that Delhi-NCR (National Capital Region) has emerged as the leader is creating the highest number of jobs during the fourth quarter of the last fiscal. Delhi-NCR has created over 2.6 lakh new jobs while a total of 8.5 lakh jobs were created in eight major new cities. 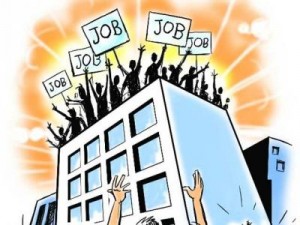 Delhi-NCR tops job creation among 8 cities during January to March 2016, followed by Bengaluru (1.9 lakh), Mumbai (1.5 lakh), Chennai (82.2 thousand) and Hyderabad (60 thousand). Other cities included in the list are Pune (49.2 thousand), Kolkata (25.2 thousand) and Ahmedabad (20.5 thousand). As per the Associated Chambers of Commerce and Industry of India (ASSOCHAM) nearly 8,50,000 lakhs new jobs were generated across India during the last quarter of 2016.