On campus fresher hiring dropped more than 21% in Tier II and Tier I colleges. The number of companies visiting campuses has dropped by 21%. Tier I city colleges across states saw more companies participating but smaller cities will not be the same. The major reason is that the growth rate of IT services firms has come down and at the same time the need for quality content is increasing. The study mentioned that Tier-1 colleges maintain a healthy placement record compared to Tier-2 colleges. Tier-1 colleges enjoyed 75% placement compared to just 38% for Tier-2 colleges. 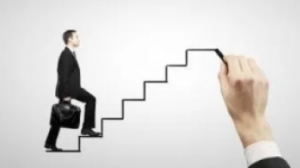 Tier-1 cities, such as Chennai and Bangalore, also had a healthy placements of 61% compared to colleges in Tier-2 cities with 33% placements. The interesting fact is startups across tier 2 colleges in Mumbai, Pune, Chennai, Bangalore, and other cities in India are hiring freshers in bulk. The on-campus hiring of freshers has witnessed a steep decline, Tier-2 and Tier-3 colleges will face the brunt as the companies will skip visiting them. While hiring was dropped by 23 percent in IT services, it was more in the core engineering which was dropped by 26 percent. While non-it positions like business analysts in KPOs a student from a tier 1 city has 31 percent more chance of getting hired as compared his peers in the smaller cities.

Why campus hiring declined in Tire II III cities? Employability of students in Tier II III cities are at par with that in major cities, corporate companies are overlooking them leading to without job after completing engineering also. Employability was determined by an online test which tested the students based on their English communication, quantitative aptitude, problem solving skills and knowledge of domain areas. The study found that there is a drastic fall in employability between the colleges in tier 2 cities than that in tier 1 cities. Some companies now are less enthusiastic about travelling to smaller towns which are not well-connected with the metros; colleges of major cities have better industry-connections which enable them to attract the companies to their campuses.