Chennai Rains: IIT-Madras students may lose out on good offers

IIT Madras students may lose well offers due to heavy rains and floods. The engineering institute has rescheduled the placements to December 5 to allow the companies that could not make it to the campus on December 2-3 to participate in the process. 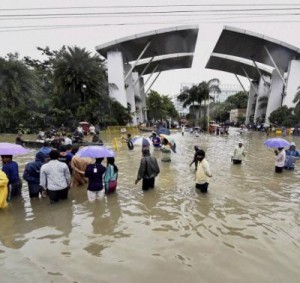 These companies will now come to campus on December 5 as per their schedule on December 2, the second day of the ongoing placements season. IIT placement in charge stated that This is an unprecedented incident but we had to take a decision to reschedule the placements from December 5.

0 Comments on Chennai Rains: IIT-Madras students may lose out on good offers