Cellphones to exceed humans by year-end 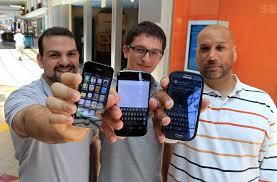 A study by the International telecommunications says that the number of mobile phones will get increased from 6 billion now to 7.3 billion in 2014 as compared to the population of 7 billion. Top executive of an International mobile provider says that mobile phones have the ability to drastically improve lives in some of the poorest parts of the world where communications are restricted. Top ups are easy and fast and there were $400 billion transferred of money remittances every year is going global wide. The study reveals that nearly 250 million cell phone accounts exist in Russia, 240 million accounts in Brazil as per the International Telecommunications Union study.

0 Comments on Cellphones to exceed humans by year-end