Being the boss is the top cause to start own business in Hyderabad: Study 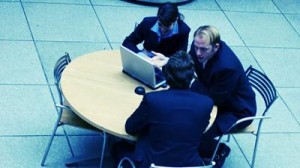 Among them 15 percent mentioned that starting a new business is extremely easy with the T-Government initiations such as T-Hub and others and 60 percent mentioned that starting a new business in Hyderabad is a difficult process. In Hyderabad many private sector and public sector employees prefer to start own company revealed by the surveyed participants. More than 50% of the people are interested in IT companies and followed by finance, BPO, recruitment and other related fields. However, only 69 percent people are ready to start IT companies and 34 percent people interested to start engineering companies and 21 percent are interested to start Pharmacy Company and educational institutions and very few people are interested in remaining sectors. Many people believe that their educational qualities make them to think about starting a company and they will acquire new skills required to run a company. Great pay and work life balance are the major reasons for starting a company. The survey also found some interesting facts for setting up a new company that 67 percent mentioned for more income, nearly 52 percent mentioned to be self employed and 49 percent will start for personal fulfillment and 38 percent candidate will start for work-life balance.

0 Comments on Being the boss is the top cause to start own business in Hyderabad: Study