Action verbs to use in your resume

Create a resume which focus more on verbs rather than using nouns like administrator, developer, programmer, language, etc. When you are strengthening your verbs, you can create a resume that truly stands out from the mass. Below verbs can strengthen your resume when you are presenting to the recruiters. 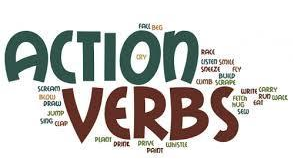 When you are in a project from layout to finish then:Chaired, Controlled, Coordinated, Executed, Headed, Operated, Orchestrated, Organized, Oversaw, Planned, Produced, Programmed

When you have saved the costs of the company:Conserved, Consolidated, Decreased, Deducted, Diagnosed, Lessened, Reconciled, Reduced, Yielded

0 Comments on Action verbs to use in your resume