Accenture plans to hire about 100,000 people in FY16 and spend as much as $1 billion on acquisitions. Previous fiscal year they hired 100,000 people and they expect to hire more this year also. 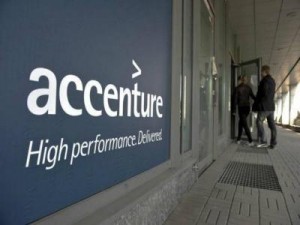 Accenture will remain the second-biggest employer in the IT industry. Tata Consultancy Services had overtaken the company in headcount in 2013, a title Accenture has since taken back. TCS known as aggressive among Indian IT firms, will be around 65,000 in FY16, falling far short of Accenture's recruitment. Accenture is also beating its Indian IT rivals in the amount of money it is deploying for acquisitions.

0 Comments on Accenture plans to hire nearly 100,000 in FY16, spend $1 billion on acquisitions