5 Most demanding programming languages to learn in 2019

5 Most demanding programming languages to learn in 2019

If you are new t programming or an experienced developer with multiple projects in hand then this New Year will be a chance to boost your programming-language knowledge. Here are some demanding programming languages to consider learning in 2019. 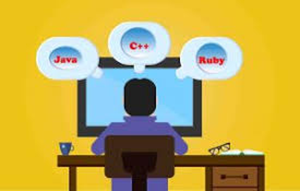 Swift is programming langue developed by Apple to build iOS and macOS apps which is growing rapidly. In 2019, it will support the Language Server Protocol (LSP), to enable the languages to run on multiple editors and IDEs. By making Swift available on different IDEs (such as Xcode, Visual Studio, Atom, Sublime, and more!) it can be more popular in 2019.ould make this language even more popular. Swift will be in top priority to build on either iOS or macOS.

Kotlin is the top programming language over TIOBE Index or RedMonk, as Google named it as the first-class language for Android development. It is also named as “most loved” language among developers by Stack Overflow Survey. If you are interested in mobile development then there are huge career opportunities for more developers in 2019.

Python was introduced thirty years back but still going strong. It is popular for it’s ubiquitous, legacy code, that can by understood by any one new to programming. If you are seeking career Python then make sure to review the documentation around Python 3.7.0, which includes an upgraded features with user-friendly elements run all levels of developers.

It is also called as “Golang,” which is also known as Google-designed programming language. It has similar features as garbage collection and structural typing similar to C, albeit. Top companies such as Google (of course), Netflix, and SoundCloud rely on it for huge projects such as Docker, Ethereum, and Kubernetes.