According to the recent survey, 2018 will be the year of mergers and collaborations beyond the geographical boundaries. In 2017 corporates and hit by demonetization and GST, fintech and IT and 2018 budget didn't have much for the startups. Here are some snippets of the Hiring outlook 2018 by startups. 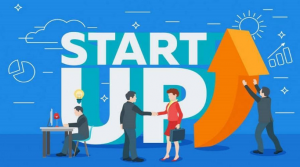 As per the recent survey, hiring is expected to rise from 70% to 80% in 2018. Experts predict that 2018 is going to bring plenty of opportunities for IT and software engineers. The job profiles of data and analytics and lead developer will be in high demand. As per the survey, startup hiring was 58% increased in 2017 as compared to 2016. While, startup hiring is expected to increase 85% in 2018 as compared to 2017. The survey predicted that 55% of hiring will be done at middle level management. However, women hiring will decrease this year from 35% to 31% as compared to 2017. The survey also mentioned that programming and quality testing will be core skills for technology companies and emerging skills like data mining, cyber security expertise, ethical hacking, and UX designing will be in focus in 2018. With the entrant of emerging skills the recruitment scenario looks better and the hiring trend remains robust in 2018. The hiring trend may include simplification in approval and regulatory systems, flexible working hours and changing nature of work. Job profiles will be sought by startups in 2018 will b e Data and analytics professionals followed by others and lead developer, graphic artist. According to the survey, professionals who are likely to get hired in 2018 will be IT software engineers, others followed by social media professionals, communications background and master of business science professionals. The more interesting fact is that only 15% women hiring is expected for top level followed by 55% for middle level and 30% for lower level.